The immoral origins of certain cell-lines used in medical research 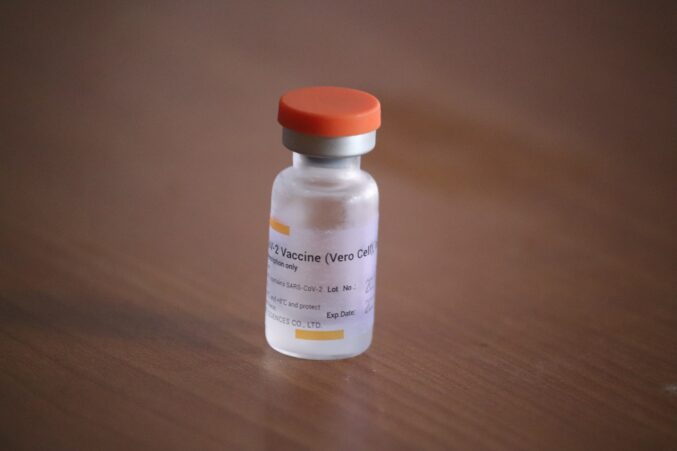 The use of vaccines that have some connection with abortion poses serious for the Christian conscience. In two other blogs (here and here) I have explained why it is morally permissible to avail of them if they are medically necessary and if there are no alternatives. Nonetheless, the problematic origin of those vaccines remains and has to be exposed.

As an example, I will concentrate on the HEK293 cell line because it is the one used to test, and sometimes to produce, some of the vaccines currently employed to fight Covid-19. I will also refer to another foetal cell-line called PER.C6, dating back to 1985, which at least one vaccine developer uses.

Cell lines are human cells cultivated in laboratories from a single source and they are utilised to discover and test drugs, to develop therapeutic regimes, etc. Many of them have very morally problematic origins.

Someone who is not familiar with this field will be surprised to discover how widely those kinds of cell lines are used in laboratory research.

These  cell-lines are now used so widely that is very likely those who work in the life sciences will, at some point of their career, encounter them. Not everyone has the same degree of responsibility with regard to their use in experiments or in treatments, but it should be said without ambiguity that it is always wrong to destroy human life at embryonic or foetal stage.

What is HEK293? HEK means human embryonic kidney while the number 293 refers to the sequence number of the experiment. (It does not mean that 293 babies were aborted to obtained it)

Doctor Alvin Wong has traced the origin of HEK293 and found that, while the original records are lost, we know that the kidney material comes from a healthy baby that was aborted in Leiden (Netherlands) around 1972. We know those details from Dr van de Eb, the professional who performed the abortion. He is the same scientist who created the PER.C6 cell line from human embryonic retinal cells, which are also used in vaccines.

This is how Dr van de Eb describes the origin of PER.C6: “So I isolated retina from a fetus, from a healthy fetus as far as could be seen, of eighteen weeks old. There was nothing special with the family history or the pregnancy was completely normal up to the eighteen weeks, and it turned out to be a socially indicated abortus—abortus provocatus, and that was simply because the woman wanted to get rid of the fetus”. This is terrible.

While there is no certainty about the origin of HEK293, Wong claims that “in all probability the cells were obtained from the embryo of a willfully induced abortion”, rather than from a miscarriage, for two reasons: induced abortions are easier to manage and the foetus are generally healthier, as most of induced abortions happen for “social reasons”, unrelated to the medical conditions of the baby. Given that Dr. van de Eb has used induced abortions to create cell lines in other circumstances, it is highly possible that this was the case also for HEK293.

(It should also be noted the use of the term “embryonic” here is incorrect as both PER.C6 and HEK293 involved foetuses much older than 9 weeks, which is considered the last stage of the embryonic development.)

What is the connection between HEK293 or PER. C6 and the Covid-19 vaccines?

Johnson and Johnson/Jannsen Covid vaccines use cell lines from PER.C6.

There are other vaccines under development, but not yet in use, with no connection to abortion-derived cell lines. (See here for details https://lozierinstitute.org/cell-lines-used-for-viral-vaccine-production/)

How can we justify, from a moral point of view, benefitting from an evil dating back several decades? I have explained in more details here and here that while the production of abortion-derived cell lines for research and therapy is always gravely immoral, people who find themselves at the very end of a long chain of responsibility can morally use those vaccines when medically necessary, as the Vatican and many impeccably pro-life moral theologians have explained.

More ethical alternatives always have to be preferred, if available, however.

The public is not responsible for the grave evil that has been committed at the origin of those cell lines. The use of “tainted” vaccines does not imply condoning or ratifying their source. Nonetheless, this grave act of injustice has to be publicly denounced so that only ethical alternatives will be employed in the future.

Photo by Mufid Majnun on Unsplash